We Have You Covered

There is no history  when and where the business of  house clearance and rubbish removal services has started. But during the turn of the century, many of these businesses started to appear because of people’s needs changing. Now being run mostly by private companies, house clearance in Christchurch is also spreading to other parts of New Zealand.

One of the companies that is very active providing house clearance in Christchurch is our company. We are focused on two things – Number one is our single item pick up service for residents or business owners when they want to get rid of furniture, appliances, old computer tables, some are large but we can even pick up small items. And number two, our estate and house clearance service which we have been doing for years and helping people clear out their mess so they can have a fresh start with their homes. Our work can also include picking up trash from uncollected bins or even clearing out garden waste.

Rubbish removal is, of course, part of our job. When we do  house clearance, this also includes rubbish removal. But people also call us when they need whiteware disposal or furniture and mattress disposal services in Christchurch which are some of the main components of our single item pickup services.

So what is house clearance and rubbish removal and how does this work?

House clearance is basically the process of removing all the household items from a residence by request either by a family member or the new owners of the house themselves. And, such services are needed due to many reasons.

The following are the most common reasons why house clearance work is requested by our clients: As a means of decluttering.

Being in estate and house clearance for years now, people call us for the job because they need to eliminate some of their accumulated stuff that may have created a mess inside their homes. Most of the things that we take are old furniture, broken appliances, garden stuff, old computers and gaming consoles and anything that gets old and broken with years of use.

These things cannot be dumped into our bins because they are too big or maybe prohibited by the council.

Clear out rubbish after refurbishing and refinishing homes.

Some people when they are refurbishing their homes will usually need to take out some of their old stuff inside their homes so that new things may come in. Refurbishing means rebuilding or repairing the home to recreate new rooms or to improve the interior design of the house.

Refurnishing is furnishing the home with new things like furniture or appliances. If either one or both of these activities is carried out by the homeowner, most likely a house clearance service would be called  because there would be piles and bags of rubbish and junk that will need to be removed and disposed of after the project has been completed.

To prepare the house for selling.

Some of the house clearance and rubbish removal in Christchurch happen because the owners of the homes want to sell them. But prior to  selling you have to make the house clean, organized, and presentable which is what we can do. How much the rubbish clearance costs depends on different factors – the size of the job, the size of the things that need to be moved out, the condition of the house that needs to be cleaned out, and the length of time needed to make the house livable again.

To prepare the home for the new occupants.

Not all of the houses we have cleared out were going to be sold. Some only need to be decluttered which usually happens when the previous residents have left their home full of unwanted stuff including broken furniture and appliances. To clear out the rubbish from the garage, garden or storage rooms.

Some homeowners would call our house clearance and rubbish removal services to work on certain areas only. For example, there’s so many piles of organic rubbish in the garden that they want gone after the area underwent a major landscaping job.

Other good examples are garages. Garages are generally used as the main storage areas for so much stuff large and small which can include old appliances, broken furniture, piles of metal and wood, broken bicycles, old TV sets, small appliances, used engine oil, and even junk under the cabinets.

With our business of rubbish removal in Christchurch, we can do 2 things to help these homeowners out of their mess so it’s either they hire us for our single item pick up so that we can take their things by  item like furniture or whiteware or they will ask us to clear out their rubbish in bulk. 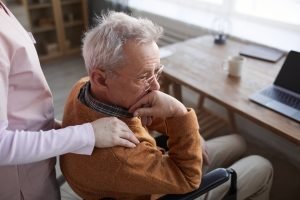 To clear out clutter from a house left by an elderly person.

This is one of the reasons why house clearance and rubbish removal is always a necessity and that is when the elderly residents have passed away or maybe just gone to a  nursing home and they left behind houses full of stuff that their families don’t want to keep. In this scenario, house clearance in Christchurch would be done at  the request of the children or close relatives of the elder people.

To pick up rubbish from a DIY project or building construction.

DIY home projects and refurbishing homes eventually produce a lot of waste including construction waste. And these kinds of jobs require rubbish removal in Christchurch especially if it’s a large project. So as usual, we visit the site, estimate the labor required and leave a quote to the client.

To collect, organize, and dispose of the rubbish collected by a hoarder.

Hoarding is a kind of Obsessive-Compulsive Disorder (OCD) that affects the mind of a person to uncontrollably be obsessed with collecting things without actually needing them.

Clearing out hoarders’ stuff is one of the hardest jobs that we always deal with in our trade because the things that have been collected were generally gathered over the years. So this is where the question is: how much does rubbish clearance cost?. So what we do is first visit the house to personally assess the volume of the work.

There are so many reasons why house clearance and rubbish removal is needed but we always treat each case individually. This is because every client can have a different request on how we should handle their stuff, how we should organize it, and which should be kept or disposed of.

House Clearance Vs. Rubbish Removal in Christchurch - Which One Do You Need? Many people get confused when it comes to the house and estate clearing jobs so they ask us – which service do we need – house clearance or rubbish removal service? So this is the time to explain this to you though we have mentioned these above. Yes, these two are different things and though they are normally accomplished simultaneously like a clearance job followed by rubbish removal, sometimes people may call us only for the latter.

So here are the scenarios

If you have inherited your parents house whom you know was a hoarder, you’ve come to check the  house and see the house is full of unimaginable things, you will eventually need a house clearance and rubbish removal service to clear everything up.

Do you need us to separate the good stuff from the rubbish or do you want us to dispose of everything after you’ve taken the things you want to keep?

What shall we do with the large furniture or appliances?

Do you want to take first what you need and leave all the rest to us?

On the other hand, some people will call us only for a rubbish removal job. For example, a family has bought a new house in Christchurch but the former owner has left a house full of junk and some are still usable things. However, members of the family worked together to clear out the clutter, kept the things they need, and cleaned up the house but what’s left outside the house is a mountain of rubbish. So this is where our rubbish removal service is needed.

How Do We Arrange for the House and Rubbish Removal Service?

House clearance in Christchurch is more difficult than rubbish removal simply because this requires more people and more. Rubbish removal, on the one hand, may also involve hard work like moving out large and heavy appliances like refrigerators, freezers, top-loader washing machines, king-size beds and so on.

Advantages Our House Clearance in Christchurch and Rubbish Removal Can Offer?

If you are still at a loss on how our house clearance and rubbish removal can benefit you, ponder about the following whenever you are faced with a house full of junk.

Whether you are moving into a new apartment, a new house, or selling your house or acquiring the old house of your parents that is full of clutter, house clearance in Christchurch can offer you the utmost peace of mind so that when you want to move in or you want to sell the house, this has been freshened up.

As we say, it takes a long time for families to clean and organize everything in their new home. But with us, being the experienced group, fully trained and equipped with proper tools, we can do the job more efficiently and faster not to mention you’ll be out of danger because we know that house clearing can also be risky because it requires heavy lifting and some of the stuff there have accumulated dust and mold that when inhaled can give you breathing issues.

Once we’re done with our house clearance followed by rubbish removal, we dispose of the rubbish we gathered to a nearby transfer station. At the dump, workers will segregate the waste according to their type. So essentially, we do not dispose of your waste anywhere else and not even to the landfills because these will need to undergo the proper segregation process to prevent environmental impact.

Saves you a lot of time.

Imagine going into your newly acquired home previously owned by a hoarder and you cannot believe what you see – rooms full of old and new clothes, toys and paraphernalia while the other room has a mountain of collectible items that some of it are broken, dusty, and sticky. And in the garage is old whiteware and other broken domestic machines that should have been disposed of years ago.

And if you’ll work alone or even with your family who are inexperienced in clearing out clutter, it will take you days or even weeks to complete the job. And eventually, you will need rubbish removal in Christchurch to pick up the waste you have collected.

So the next time you need services for house or estate clearance in Christchurch or nearby towns like Rolleston and Rangiora or even if you want free advice on what you should do with your rubbish, you can call us on

But if you want a quick talk, we are only a phone call away.

Visit also our site: Rubbish Pickup and you’ll see the different services we offer that can make your life easier and safer.  You can leave us your message and your phone number and we’ll contact you asap. Remember that we have the most affordable pickup price in  Christchurch and we also have the manpower, tools, and trucks to do any kind of rubbish removal service.